Boxer Frankie LoPorto chose “The Italian Stallion’’ as his alias when he started boxing professionally. Raised in Brunswick and working as a Melbourne wharfie, he liked to think of himself as the modern day Rocky Balboa
For months Frankie, as this portrait shows, pounded himself into oblivion in preparation for his 2011 world title fight in the WBA light middleweight division against world champion Austin “No Doubt” Trout.
Unfortunately Frankie lost the fight. (Copyright Michael Dodge/Herald Sun) 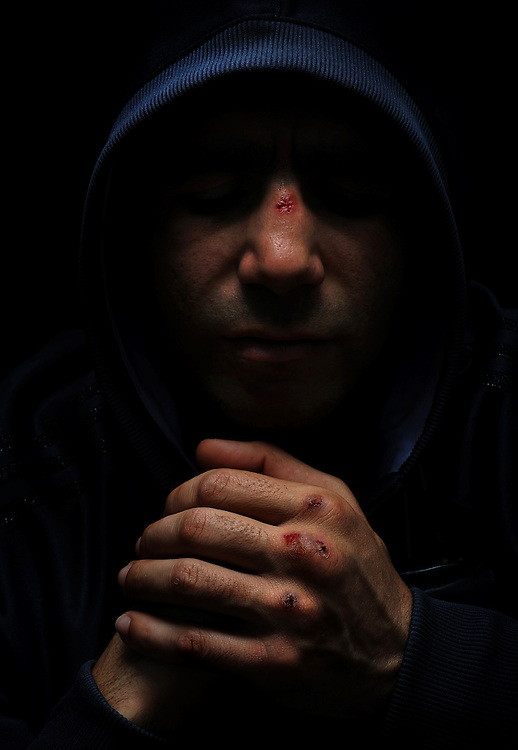