Geelong Cats footballers Joel Corey, left, and Corey Enright show all their usual flair and athleticism when leaping simultaneously in the air while executing a diving handpass for the camera.
The picture backed up the feature story during their 2009 grand final week on how they did everything together. They were inseparable after they became flat mates living together and loved how their names have always caused confusion with everybody in the football world.
Over a decade later, the former flatmates are both premiership players and duel All-Australians. (Copyright Michael Dodge/Herald Sun) 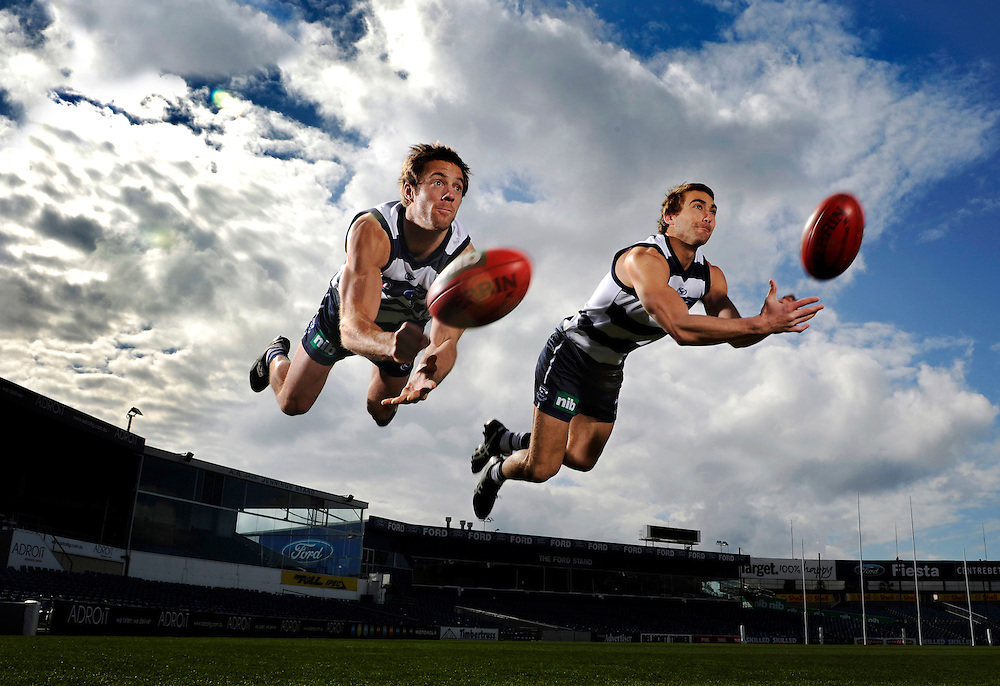