MELBOURNE, AUSTRALIA - APRIL 19: Melbourne University students are seen staging a nude protest with a message to their university: "drop your assets" painted onto their backs and buttocks, in response to the University's decision to not divest from coal, oil and gas on April 19, 2016 in Melbourne, Australia. This action is part of a national week of action by students at universities called Flood The Campus. (Photo by Michael Dodge/Fairfax Media) 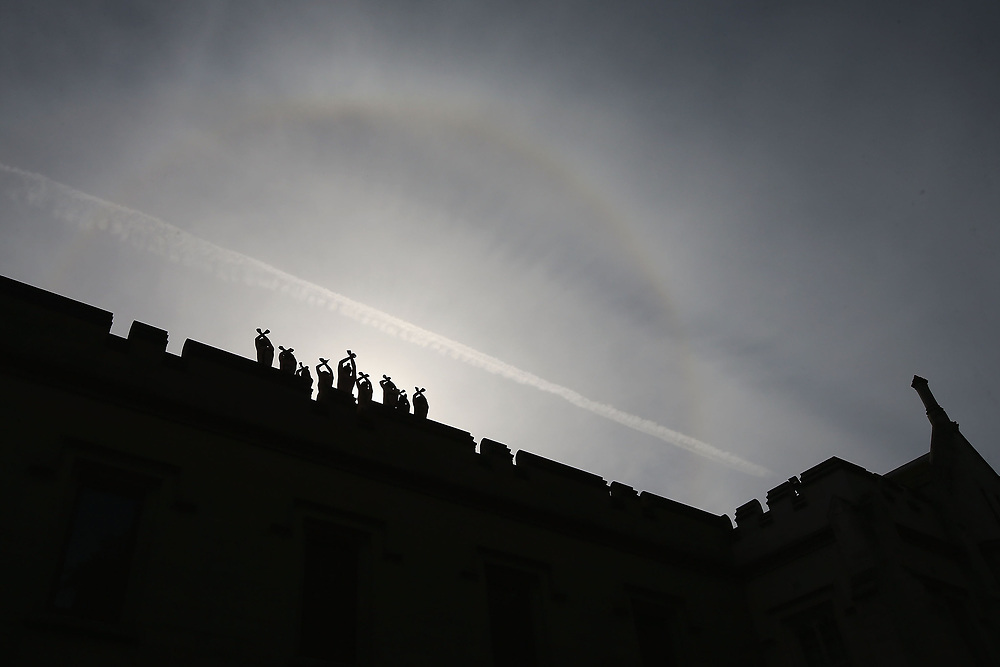