A man brandishing a knife argues with police in the early hours of the morning at a house in Frankston, south east of Melbourne. Earlier in the day the knifeman had stabbed a man in Seaford who later died in hospital and then took three people as hostage when taking refuge later on. Police had negotiated all night but shot him later in the morning when his behaviour deteriorated to the point where the hostages lives were in grave danger. (Copyright Michael Dodge/Fairfax Media) 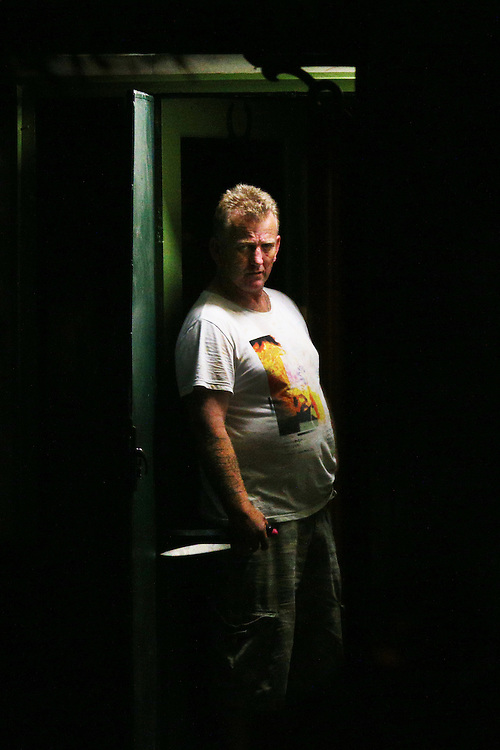