MELBOURNE, AUSTRALIA - FEBRUARY 27: George Pell arrives at Melbourne County Court on February 27, 2019 in Melbourne, Australia. Pell, once the third most powerful man in the Vatican and Australia's most senior Catholic, was found guilty on 11 December in Melbourne's county court, but the result was subject to a suppression order and was only able to be reported from Tuesday. The jury was unanimous in their verdict, finding Pell guilty on five counts of child sexual assault in December 1996 and early 1997 at St Patrick's Cathedral. (Photo by Michael Dodge/Getty Images) 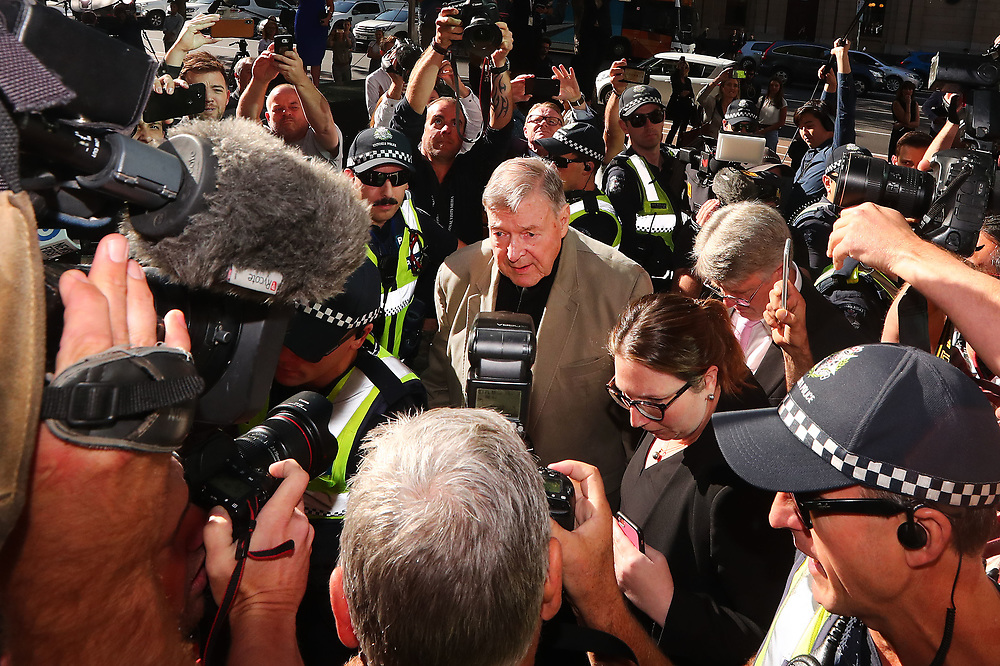