Feature
Image 19 of 29
Prev Next
Less

Liam Jurrah had a fleeting but brilliant career with the Melbourne Demons in the AFL.
Jurrah is also known as "Jungarrayi",an initiated member of the Warlpiri people who are based in Yuendumu, a small and remote Indigenous Australian community 300 km north-west of Alice Springs in the Northern Territory.
He is the first indigenous person from a remote community in Central Australia to play senior football in the AFL
He was a great football story but since 2012 Jurrah has sadly been charged with legal offences on several occasions.
This image was taken outside the Cranboune FC clubrooms with a snooted Elinchrom flash in front of a black blanket taped to the brick wall. (Copyright Michael Dodge/Herald Sun) 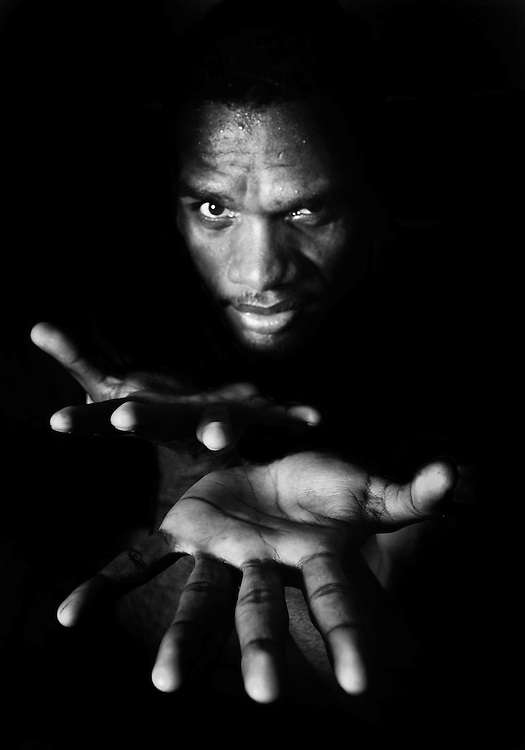